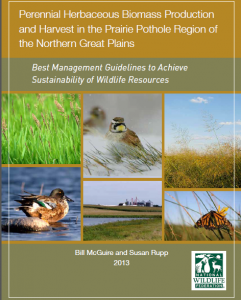 Though the use of biomass for heat and fuel production is not new in the United States, there has been a renewed interest in bioenergy production in response to increasing energy costs, dependence on foreign oil, greenhouse gas emissions and climate change. Recent legislation reflects the high level of interest. For example, the 2007 Energy Independence and Security Act (110 P.L. 140) raised the Renewable Fuel Standard (RFS-2) to require biofuels blending (with gasoline) of 36 billion gallons per year by 2022 of which 21 million are to come from non-corn sources with the focus on cellulosic materials. The northern Great Plains holds some of the greatest potential for the production of cellulosic biomass, but the region is also critical for wildlife producing 50-80% of waterfowl populations and providing breeding habitat for more than half of the bird species that breed in North America.

The Best Management Guidelines (BMGs) presented in this document were developed through a process that involved an advisory group of natural resource professionals with expertise in agronomy, production aspects of energy crops, wildlife (amphibians, birds, insects, mammals, reptiles), and native ecosystems.  We encourage the adoption and adaptation of these high level guidelines to best benefit local conditions while minimizing negative impacts of bioenergy production on wildlife. It is hoped that the BMGs will make it easier for the bioenergy industry, agricultural producers, policymakers, and others to understand and integrate wildlife needs as bioenergy advances in the Prairie Pothole Region of the Northern Great Plains as well as in adjacent geographies. 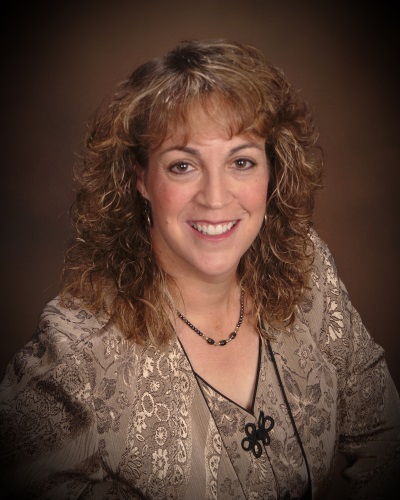 Dr. Susan Rupp is currently the owner of Enviroscapes Ecological Consulting, LLC, based in Gravette, Arkansas. Prior to moving to Arkansas, she was an Assistant Professor in the Department of Wildlife and Fisheries Sciences at South Dakota State University. She graduated as a University Honors Scholar from Colorado State University (1994) with a double major in Biology and Wildlife Biology and minor in Spanish. She completed both her Masters (2000) and PhD (2005) degrees in the Department of Range, Wildlife, and Fisheries Management at Texas Tech University.  In addition, she has worked for the Colorado Division of Wildlife, New Mexico Department of Game and Fish, and Los Alamos National Laboratory.  In addition, she was one of 8 recipients nationally for the Canon National Park Science Scholars Award in 2001 – a program jointly funded by Canon USA, the National Park Service, and the American Association for the Advancement of Science.

Enviroscapes Ecological Consulting is certified as a woman-owned small business (WOSB) and economically disadvantaged woman-owned small business (EDWOSB).  Founded in 2006 by Dr. Susan Rupp (Certified Wildlife Biologist), Enviroscapes provides scientific-based research, information, and assessments to assist scientists, managers, policy makers, and other stakeholders in making ecologically sound decisions under the current state of political, social, and economic affairs while also providing the greatest likelihood for long-term sustainability of wildlife and other natural resources.  Our core values include honesty, integrity, competency, timeliness, open communication, and stewardship – all of which help us to deliver the highest quality environmental services and products possible.